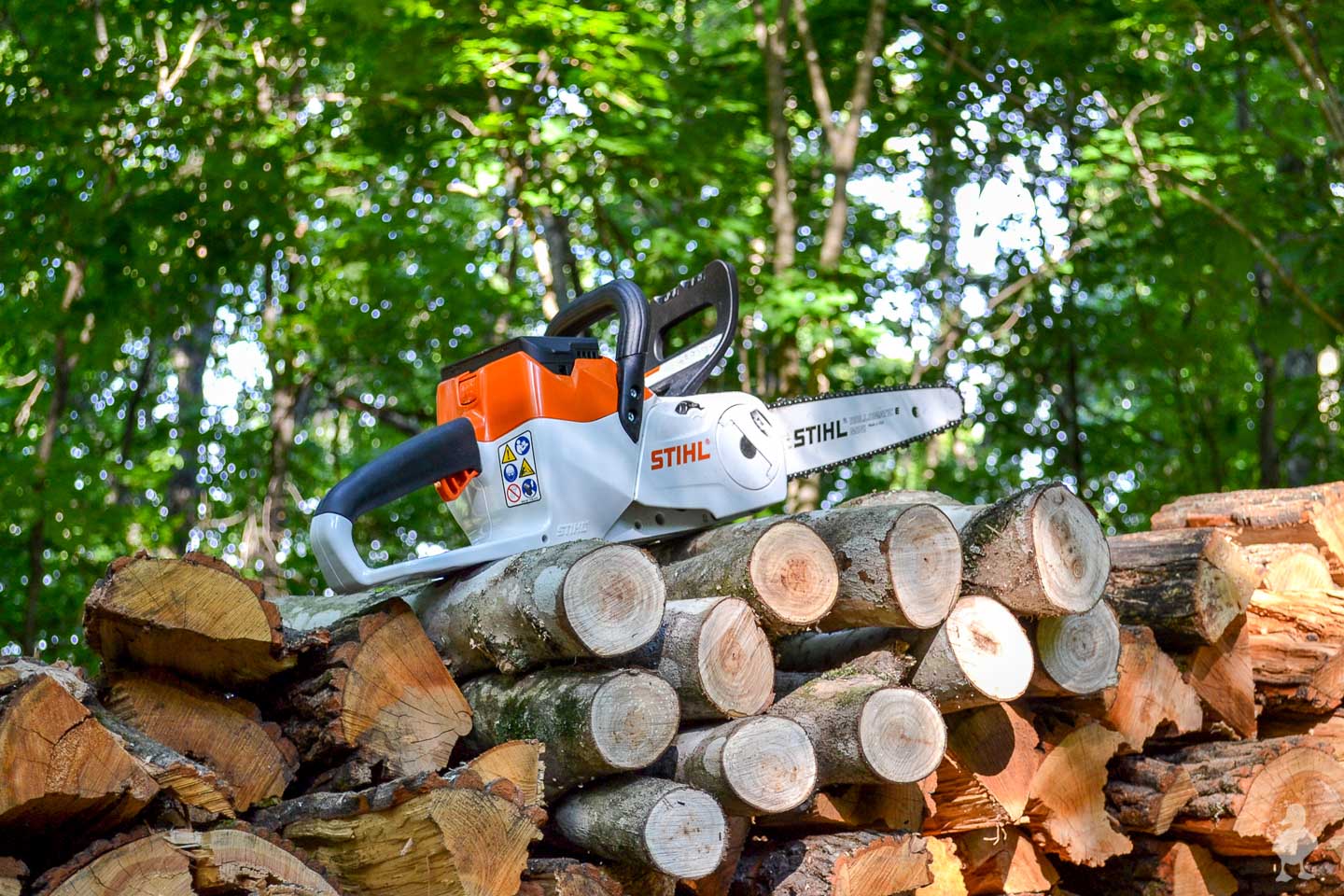 Have you ever put a new tool in your hands and felt like Wonder Woman? Or, I suppose more generally, a superhero? I often feel that way. Power tools, especially ones I am using on a project for the first time, always give me a little bit of a rush. 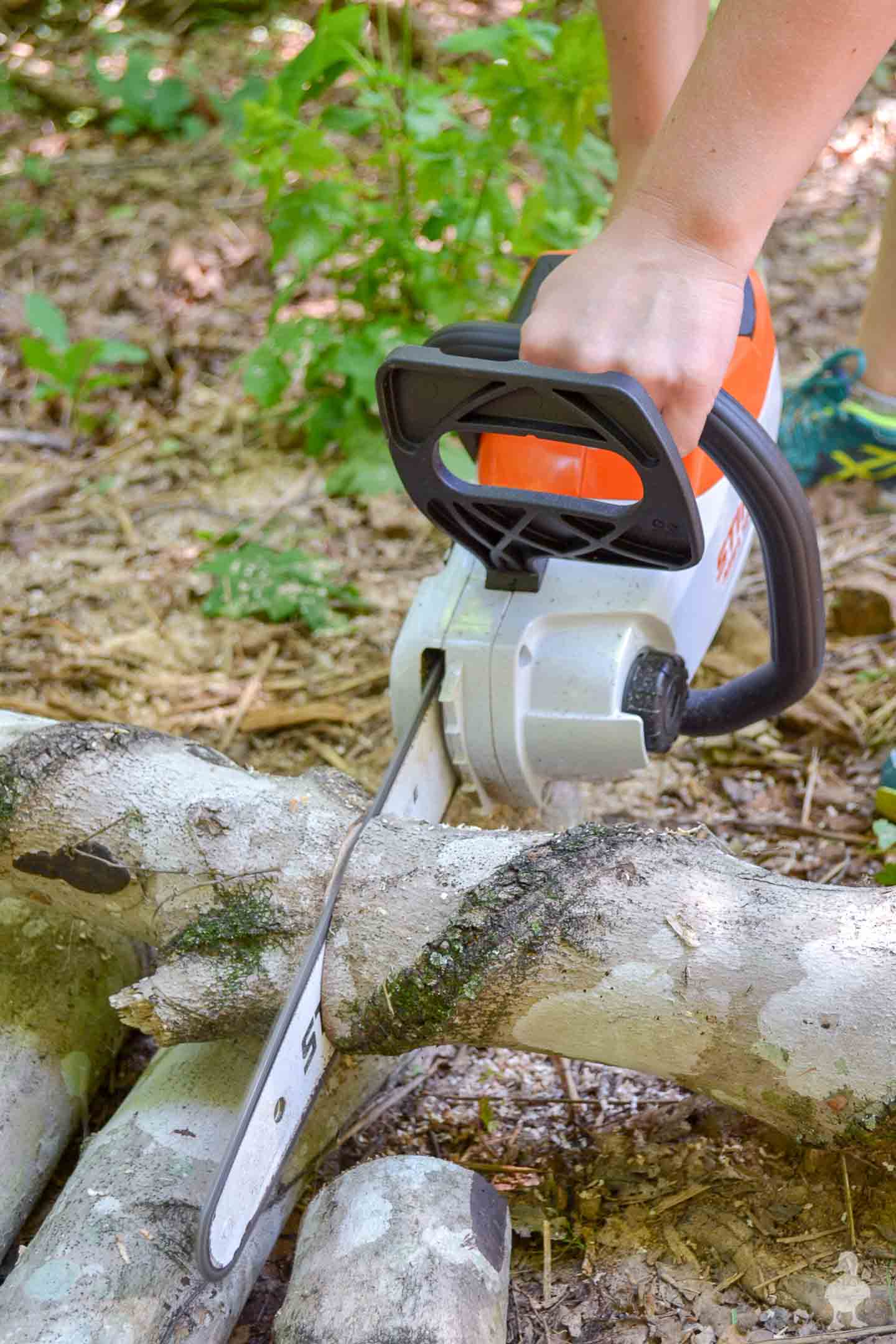 Whenever I get a new tool, either by purchasing myself or from a new sponsor (the best kind of enablers ), I actively look for a way to start using it. So, when K mentioned that he wanted to take a weekend to visit his parents’ new tiny house in Tennessee, brought along my new STIHL battery-powered chainsaw. They sent me one a few months ago as part of this year’s partnership, along with a few other outdoor tools, and I was itching to use it.

His parents had purchased some of their family’s farmland to build on, and I was going to see it for the first time. They have a ton of old trees around the home and regularly cut them down (they did the same at their old home when I visited last fall — if you recall, that’s where Charlie saw her first cow EVER). I packed the chainsaw* because I knew the opportunity might come up where I could learn a thing or two from K’s dad and compare it to the gas-powered chainsaws I knew he had. 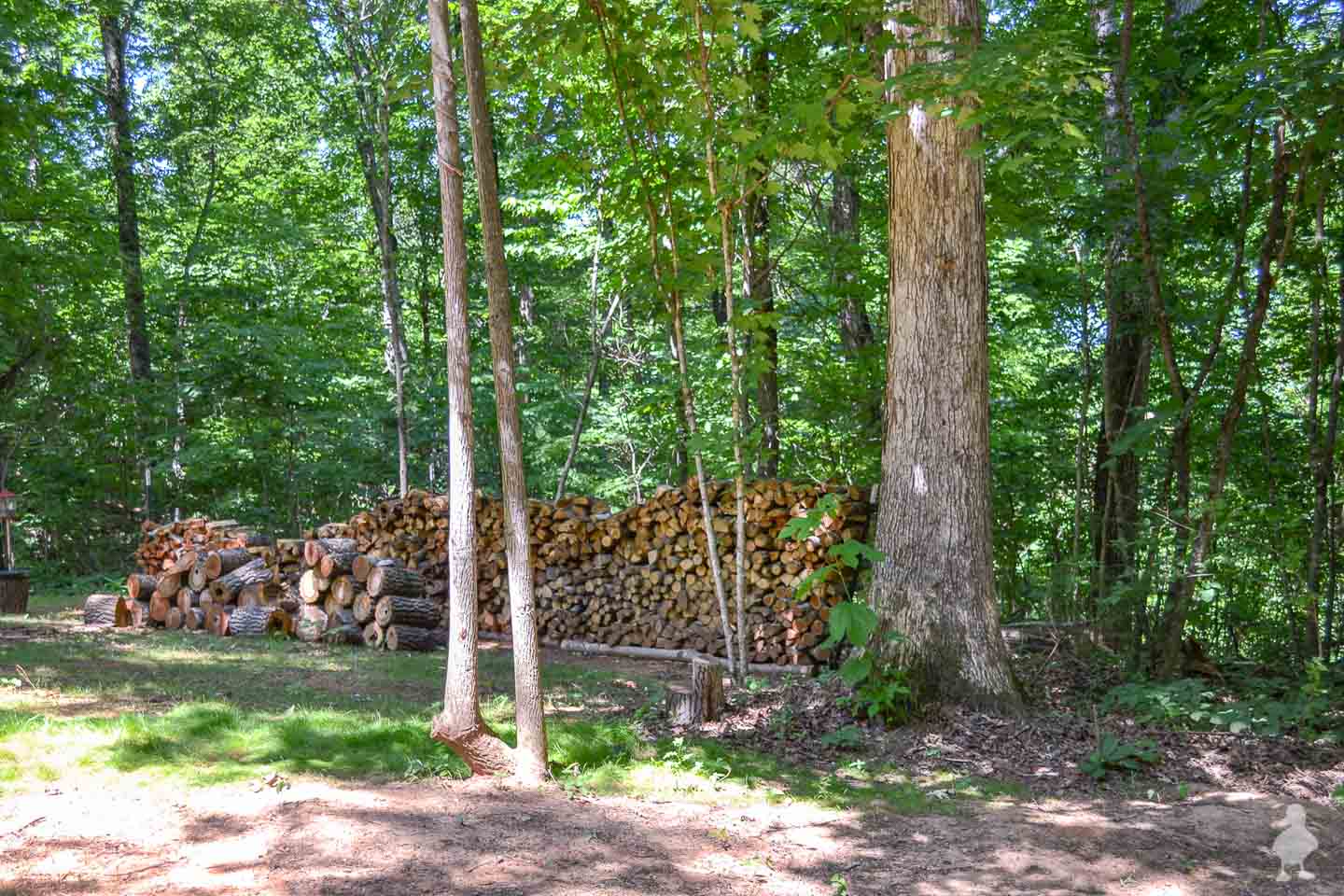 *I know, just casually bringing up the subject of chainsaws is a weird thing to do with your boyfriend’s parents, but it’s just kind of part of how I’ve gotten to know his family. His dad was thrilled to show me what he knows and it was a lot of fun, and not at all creepy the way it sounds as I’m retelling this story.

As luck would have it, there were a few trees ready for a good chop! Since several around their new property were dead and/or infested with termites, cutting them down was the best way to protect the newly built tiny house. K’s dad gave me a few pointers, which I’ve shared below (scroll to “how to cut down a tree” for that). You can also see a few scars on the bark of some of these trees where old vines had been strangling them.